About 2.5 miles east of The Wharf is a small cluster of buildings making up Cosmo’s Courtyard, and the home of Cosmo’s Restaurant & Bar. The restaurant itself is on the north side of the cluster with plenty of parking on the outer edges of the buildings. Owners Brian and Jodi Harsany’s attention to detail makes it a lovely dining experience from the kitchen to the friendly and attentive staff in the dining room. Corporate Chef Jack Baker incorporates his roots in Southern cooking with French cuisine and techniques. Executive Chef Rob Benson is originally from Louisiana and interprets traditional Creole along with seasonal game and vegetables. Sous Chef Rachael Golden is originally from Pensacola and incorporates her love of the Gulf Coast into Southern dishes. All their inspirations and influences are apparent on the menu.

Let’s take a look at some of the menu items: 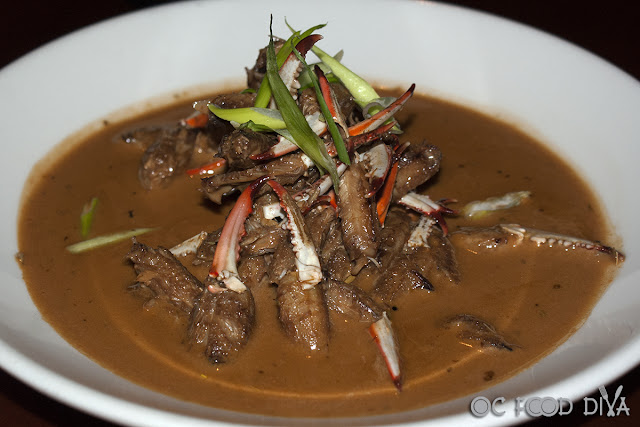 Crab Claws (Market Price, it was $19 in November) can be “bbq” in a creole butter sauce or fried and served with cocktail sauce. Since I had them fried at Wolf Bay Lodge, I decided to try the “bbq”-style this time. The crab claws were sweet and fresh just like I had them at the Olympic Shellfish processing facility. The creole butter sauce added a nice richness with a hint of creole spice similar to a crawfish étouffée. I know this is an appetizer but this also be great as an entrée served with some rice or pasta to use up all that sauce. It is like liquid gold! Rating: 5/5 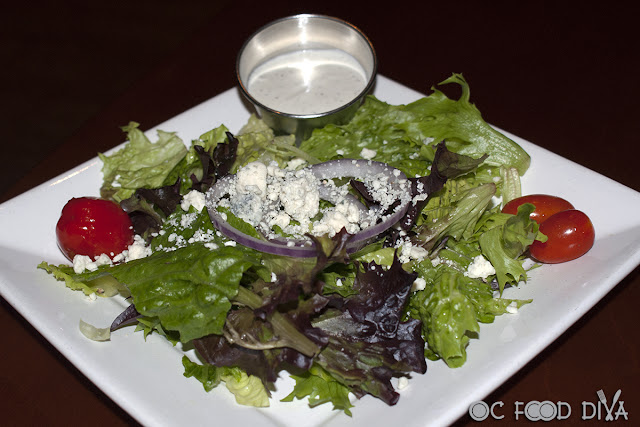 Entrees are served with a complimentary small house salad. The salad greens were so fresh. I love the addition of fresh ground pepper and bleu cheese crumbles at tableside. 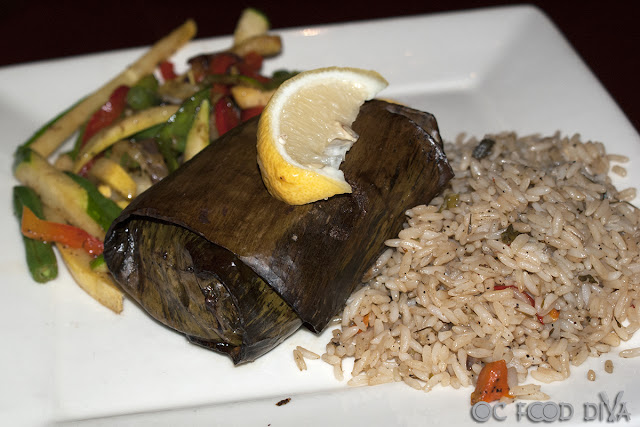 Banana Leaf Wrapped Fish (Market Price, it was $31 in November) is their chef’s selected fish (at this time, it was sea bass) rubbed with a special blend of herbs and seasonings, wrapped and baked in a banana leaf, and served with their house rice and vegetable selection. I Love Alabama Food named this dish as one of “100 Dishes to Eat in Alabama”. This dish reminds me of something you would see in the tropics, like where I am from in Hawaii. We use banana leaves and ti leaves to wrap meats, vegetables, etc. using it as a cooking vessel along with imparting flavor final dish. The sea bass was cooked perfectly as the succulent fish came apart in layers and the natural fats in the fish melted and rendered during the baking process. The vegetables were beautifully sautéed with a crisp texture. The rice was similar to a pilaf but more herbaceous. Overall, the presentation was beautiful. Unwrapping the banana leaf was like unwrapping a gift from the food gods. Rating: 4.5/5

When you are in Orange Beach, take a ride off the beaten path to Cosmo’s Restaurant & Bar for a refreshing take on Southern cuisine and seafood!

The Costa Azul Sir-a-cha Style Hot Sauce in this post was provided by Melissa’s Produce but the opinions expressed here are my own. ... 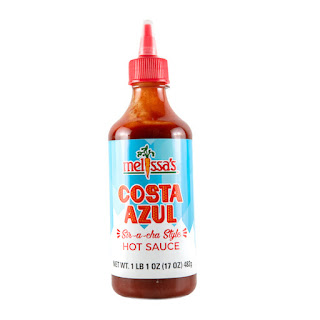